I’ve written at length previously about my approach to teaching structure and unseen extracts in general but this term I am finally going to teach it to my Year 10 group, rather than road test elements on my Year 13 and Year 11 groups. As always, I created some of my own question papers and completed a couple of model answers. When I write model answers for anything, I remind myself of the following:

Here’s the extract I used and the question:

Source A Spy Who Came in from the Cold 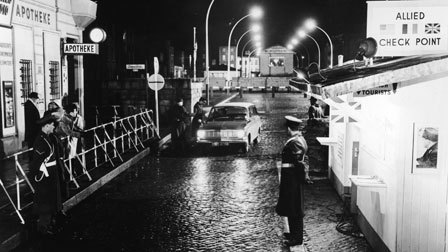 Q3 You now need to think about the whole of the source.

This text is from the opening of a novel.

How has the writer structured the text to interest you as a reader?

You could write about:

The writer begins the extract by focussing on the checkpoint at the Berlin wall, with the narrator Leamas noticing the darkness and small amounts of light, which seems to represent the murky nature of spying. The absence of light is used by Le Carre in an ironic way as it foreshadows the dramatic disruption of the equilibrium on line 37 when ‘totally unexpected, the searchlights went on, white and brilliant, catching Karl…’

Le Carre then uses a flashback device to give the reader more insight into the work of a spy and Leamas’s low opinion of his fellow characters.  ‘after that dinner in the Schürzstrasse last year. Karl has just had his big scoop…’ By switching the narrative backwards in time, the writer is able to prolong the tension of the ‘present day’ (it’s not really as it is still told in the past tense but it feels immediate) scene.  The use of the metaphor ‘big scoop’, implies jealousy on Leamas’s part, as a ‘scoop’ is normally used to describe a journalist who gets an important story. ‘Scoop’ in this sense makes him seem selfish, filling his hands with metaphorical rewards.

The really clever part of the writer’s use of structure though is the writer’s decision to tell Karl’s botched escape from Leamas’s point of view. ‘He was through, he was coming towards them, he had made it’ gives a sense of complacency on the part of the narrator but also reinforces Karl’s hubristic naivety, as he seems to relax before he’d actually crossed the line of safety. The climactic line ‘Leamas hoped to God he was dead’ appears callous to the reader on first inspection and seems to leave the reader feeling that the narrator is being vindictive because Karl failed to listen to his mentor’s advice to not ‘overdo it’ (although Karl could never’ hear’ these thoughts of course – they were inside Leamas’s head).  But on closer inspection we can see that this is actually caring:  captured spies are tortured – a fate worse than death.

Let me know what you think and what kind of grade you think this would get. Having been on the AQA course I’m pretty confident in my grading, so it will be interesting to see if we agree. I’d love to see some other responses to this extract – yours or pupils – so please keep sharing.

I will share my response to this extract for Q4 (evaluation) in due course.