A pallid creature walks towards me, brandishing a selection of wooden clubs.  His mouth is smeared with blood, matching his snooker ball nose.  The hair on his head is wild, unkempt and of an inadvisable brightness; his shoes are utterly impractical, representing a clear health and safety hazard. Intermittently, he honks like a demented seal as liquid erupts from the shoddy rose adorning his unspeakable blazer.

What am I describing here?

Yes, it’s a clown. I know, teachers have had enough of bloody clowns this year. You probably worked it out with the shoes, or maybe the nose. But you had to work for it, I think. I didn’t use the word ‘clown’ for example. And I tried to avoid mentioning obvious references to clown paraphernalia. Perhaps I could have done this better. Perhaps I could have been still more obscure, removing any use of the words ‘nose’, ‘hair’, or ‘shoes’, which are all closely associated with the beloved ‘comic’ entertainer. Even so, it presented, or rather re-presented, the clown in an unusual, indirect and oblique way.  The technique I’ve used is defined by David Lodge:

Defamiliarization is the usual English translation of ostranenie (literally, “making strange”), another of those invaluable critical terms coined by the Russian Formalists. In a famous essay first published in 1917, Victor Shklovsky argued that the essential purpose of art is to overcome the deadening effects of habit by representing familiar things in unfamiliar ways.’

If employed skillfully, defamiliarization allows for a shift in perspective, a way of reframing the dull expectations of everyday objects, removing what Shklovsky terms the dreaded ‘habitualization’ of life. The purpose of art, he argued, is to find new ways of revitalising our perspectives through a magic wave of the author’s wand.

Shklovsky, naturally enough, celebrates Tolstoy as the doyen of defamiliarisers, while Lodge lauds a particularly impressive passage from Charlotte Bronte’s Villete. My own favourite example of the technique, which I shared with my Year 10s recently, is taken from the opening section of Julian Barnes’ sublime A History of the World in 10 1/2 Chapters:

They put the behemoths in the hold along with the rhinos, the hippos and the elephants. It was a sensible decision to use them as ballast; but you can imagine the stench. And there was no-one to muck out. The men were overburdened with the feeding rota, and their women, who beneath those leaping fire-tongues of scent no doubt reeked as badly as we did, were far too delicate. So if any mucking-out was to happen, we had to do it ourselves. Every few months they would winch back the thick hatch on the aft deck and let the cleanerbirds in. Well, first they had to let the smell out (and there weren’t too many volunteers for winch-work); then six or eight of the less fastidious birds would flutter cautiously around the hatch for a minute or so before diving in. I can’t remember what they were all called – indeed, one of those pairs no longer exists – but you know the sort I mean. You’ve seen hippos with their mouths open and bright little birds pecking away between their teeth like distraught dental hygienists? Picture that on a larger, messier scale. I am hardly squeamish, but even I used to shudder at the scene below decks: a row of squinting monsters being manicured in a sewer.

There was strict discipline on the Ark: that’s the first point to make. It wasn’t like those nursery versions in painted wood which you might have played with as a child – all happy couples peering merrily over the rail from the comfort of their well-scrubbed stalls. Don’t imagine some Mediterranean cruise on which we played languorous roulette and everyone dressed for dinner; on the Ark only the penguins wore tailcoats. Remember: this was a long and dangerous voyage – dangerous even though some of the rules had been fixed in advance. Remember too that we had the whole of the animal kingdom on board: would you have put the cheetahs within springing distance of the antelope? A certain level of security was inevitable, and we accepted double-peg locks, stall inspections, a nightly curfew. But regrettably there were also punishments and isolation cells. Someone at the very top became obsessed with information gathering; and certain of the travellers agreed to act as stool pigeons. I’m sorry to report that ratting to the authorities was at times widespread. It wasn’t a nature reserve, that Ark of ours; at times it was more like a prison ship.

Barnes’ genius here involves taking a story that has flooded the consciousness of every young person in Christendom (and beyond) and making it fresh. The eponymous ‘stowaway’ narrator is of course the lowly woodworm, whose woodworm’s eye view allows for a deeply ironic take on Biblical narratives.

So far, so entertaining. But what’s the point? Well, it’s my belief that defamiliarization is weapon number one (or at the very least a major weapon) in the long-running War Against Cliche. It also has the benefit of adding clarity to vague instructions about showing not telling. 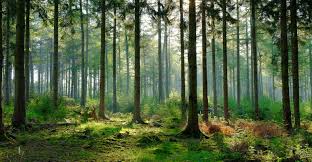 2.  Describe an object in 50 words in a way that defamiliarizes it. You must not make what it is explicit. If you are stuck try: a piano, a pineapple, a Christmas tree, a tank, a launderette or a giraffe.

3. Write a 500 word story set in an abandoned place. Do not reveal where the place is or why it was abandoned until the final paragraph.

4. Write a description of something using a David Attenborough style narration. It cannot be an animal!

Here’s a delightful example that one of my Year 10s did for homework recently:

5. Write an article for a broadsheet newspaper on a given following topic. Your first paragraph must use defamiliarization and cannot reveal which side of the argument you are coming down on.

I guarantee you, the writing produced in response to these tasks will be more interesting, enigmatic and downright bizarre than using the same tired old prompts of AFOREST and the like. And the final bonus? Pupils will start to recognise examples of defamiliarized passages in Section A of the GCSE Language papers, which could make for highly sophisticated evaluation.